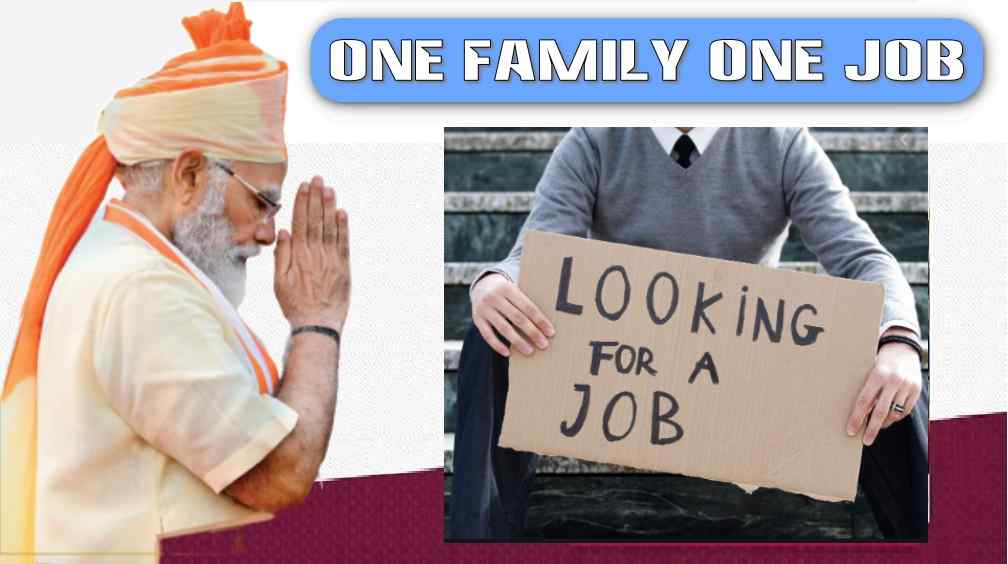 If you all want to know about one family one job scheme 2020 then you have come to the right place. Friends, today we are going to give you all the information about ek parivar ek sarkari naukri online apply (one family one job plan) so that there is no Question related to the scheme in your mind.

This information will be something like what is Ek Parivar Ek Naukri Yojana? Where to register in this scheme? In which state has this scheme been implemented? And will you discuss about whether this scheme is applicable in your state and also what are the qualifications you must have to take advantage of this scheme, what are the necessary documents which will also discuss in detail. see scheme all info availble in hindi

One family One job Scheme 2021

One family one job plan is a plan made by various state governments, in simple words, many state governments are thinking of implementing such a scheme in their state. The scheme was first started in the state of Sikkim, India.

Under ek parivar ek sarkari naukri, a government job will be provided to any person from all poor families, who will be able to help their family in every way, this scheme will help in reducing the poverty level in the state.

This Ek Parivar Ek Naukri Yojana will enable people from poor families to get government jobs to maintain their families. This initiative will increase their family income, reduce unemployment and help people to raise their standard of living. Finally, in very simple language, the objective of this scheme is that one person from every poor family should be given a government job so that he can maintain his family.

Friends, if the media outlets believe that the Government of India can launch a new scheme for poor families of India this year or next year in the name of Pradhan Mantri ek Parivar Ek Naukri Yojana, under which a member of the family, woman or man Government jobs will be provided according to his merit so that he can nurture his family and through this scheme help in reducing the extremely poor population living in India.

Apart from this, ek Parivar ek Naukri Yojana can also be implemented by any other state only in that state. Most of such schemes will be seen to be implemented in small populated states of India soon.

Friends, if someone is asking you for money to apply for this scheme online and is asking you that under this scheme he will get you a job, then understand that he is thinking of fooling you because friends, we all of you Let us know that officially no such One family One job Scheme has been implemented by the government, this scheme is currently only applicable in Sikkim state of India and many other states of India are engaged in planning of the scheme.

So friends, if you see a website that is filling the online form for Ek Parivar Ek Naukri Yojana, then it is definitely a Fake Website because as we have told you that no such scheme has been implemented by the government.

Required documents for one family one job Scheme

The original documents for the scheme will be decided by the official notification of the scheme.

In Sikkim, under the One Family One Job Scheme, a target of providing employment to about 15,000 youths by the end of 2019, under the government scheme. Employment will be on MR and ad hoc basis in various government establishments.

This landmark decision for the new employment generation policy will help people, especially from economically weaker families. Now, the government will have at least 1 member working in each family. Employment to ensure some type of steady income to the families for their maintenance.

If someone misuses this Ek Parivar Ek Naukri Yojana, a complaint can be lodged directly with the CM or inboxed directly on the CM’s official Facebook page. CM Pawan Kumar Chamling also appealed to the people of Sikkim to help the government in identifying the real beneficiaries to ensure that only those eligible families get the benefit.